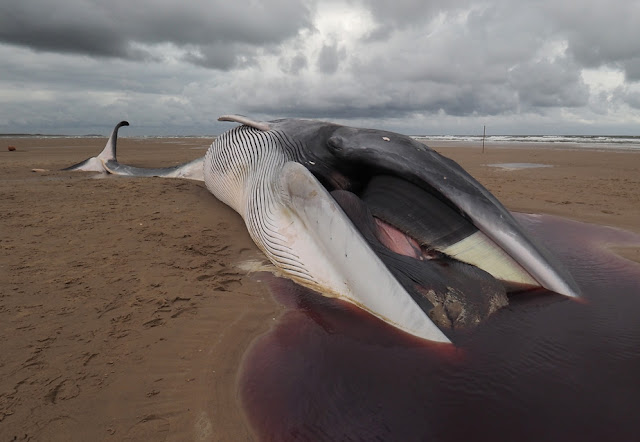 October sees a good passage of migrant Ring Ouzel through the North Norfolk coast. Peak counts are recorded this month as the British and Scandinavian birds migrate back to the Mediterranean basin.
Birds that are recorded on Blakeney Point in October occur in conditions conducive to  arrivals from Scandinavia on wind drifted passage, and are considered not to be from the British stock.  About 30 birds were recorded here in 1951 which is the highest count for the Point. We have found Salthouse Heath and Village to be a regular stop off site and it is easier to connect with the species here. At least 4 birds seemed to stay in the area for a few days in October 2014. Although the species is under recorded on Birdguides as it is a semi- regular migrant, there were 4 separate records from Salthouse Village this month.

Whilst on holiday on the 14th we connected with a flock of 6 flying in high from the West to Devils Dyke on the South Downs, an ideal staging post to feed up at before leaving the British Isles. The birds were seen to drop into the valley floor giving a soft rolling 'tjuurr' or 'prriitt' flight call to each other as they came overhead. Described as similar to Dunlin's flight call but less piping... Walking down into this amazing valley we found at least 8 birds in the hedgerow here. Berries are a vital food source at this time of year so Devil's Dyke with its abundance of berry bushes along the valley bottom is an ideal stop over site. Whilst feeding, the birds gave their more familiar stony 'tuck' call and also the soft rolling note when flying from bush to bush. Occasionally a bird would drop onto the grass which gave direct comparison with Blackbird. The Ring Ouzel is the same size as the Blackbird but has a noticeably sleeker body so making the Blackbirds look extremely stocky and chunky. The slightly longer neck and tail adding to this effect and also is 10% longer in the wing, as expected for a long distance migrant.

Ring Ouzels breed above 250m on moorland such as Dartmoor in Devon which holds at the most 20 pairs, a small population just hanging on. I had most success in locating a singing male or two at Bennett's Cross near The Warren House Inn as the birds nest in the gullies here left by mining.
There are concerns over the winter quarters around the Mediterranean but South European hunting is damaging migrant numbers as ever. The EU despite passing legislation many years ago is still unable to stop this activity surprisingly even in Italy and France. Sadly 77% of the total ringing recoveries of British birds are from Southern France and have been deliberately killed by hunters.